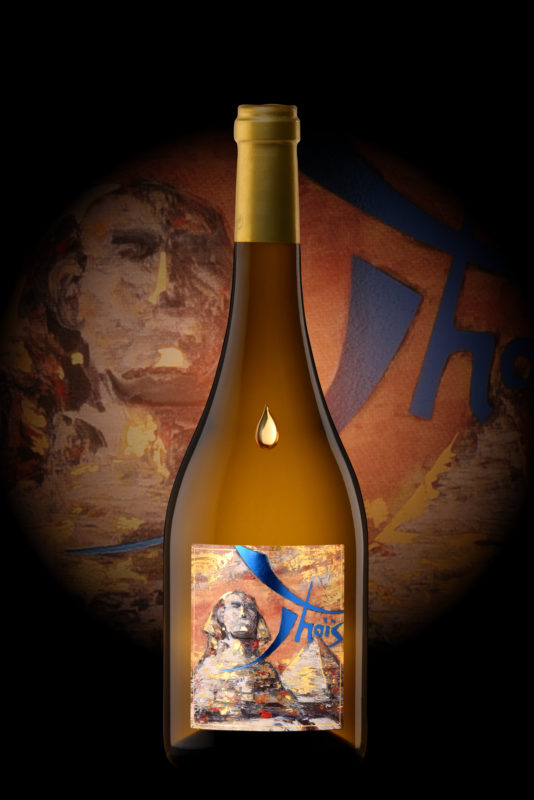 Soil : The sandy clay terroirs of Laudun are particularly free-draining, giving the wines freshness and acidity, the key to good balance.

Vinification : After pressing, a 24 hours cold stabilization is carried out. Once settled, alcoholic fermentation can begin. The fermentation temperature will be controlled at 16-18°C in order to preserve aromatic freshness.

Ageing : The wine is aged on its fine lees in stainless steel vats before a percent is transferred to acacia barrels for approximately 3 months.

Palate: Long and harmonious, this wine is remarkable by its balance of richness and freshness. Soft and fruity (mango, apricot, pineapple) with nuances of citrus fruits and a final hint of hazelnut.

Recommended food pairing : Thais can be served as an aperitif or accompanying shellfish, white fish, soft cheeses or with a seasonal fruit salad. It is best enjoyed in its youth to appreciate its freshness.

Ageing potential : Excellent now, this wine can be cellared for 2 to 3 years of age.