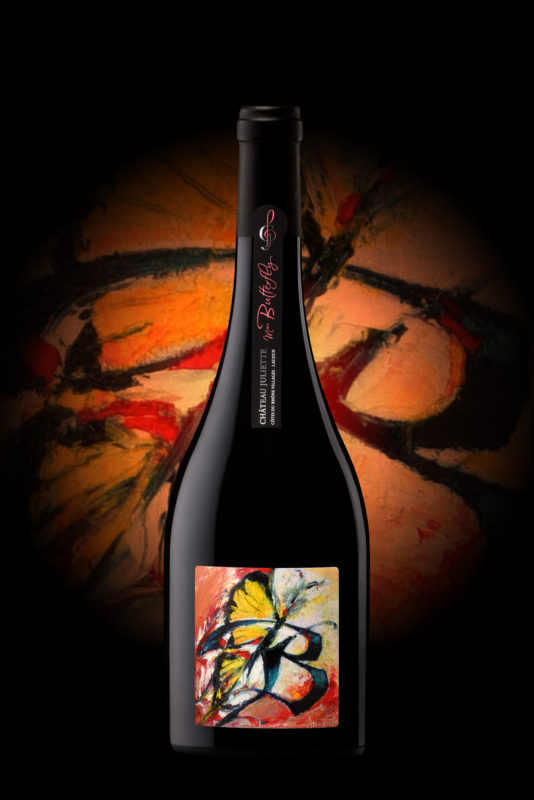 Soil : Soil ranging from claylimestone to sand, producing full, generous and fruity wines. The parcels are situated on the edge of the garrigue forest, benefiting a great sun exposer facing south.

Vinification : The grapes are fully destemmed and then vinified in inox vats, where they will spend between 5 to 7 weeks. The alcoholic fermentation is brought on by the indigenous yeasts. The pumping-over and rack and return operations carried out during the vatting period are determined by daily tastings.

Ageing : The wine is mainly aged in vats with a part of French oak barrels from 6-12 months.

Palate: A generous palate of voluptuous dark fruits and black cherry flavours integrated with soft exotic spices of nutmeg and cinnamon. Secondary flavours escape from the wood, a strong warm texture of vanilla, mocha, and cedary oak. Tightly structured with silky tannins and a long round palate with impressive length.

Ageing potential : Excellent now, this wine can be cellared for 4 to 5 years of age.

Specificity : Sold in more than 25 Michelin restaurants in France.